In short
The locals are seeking for compensation of Shs. 100.4M for their land measuring 197 acres in block A. The land was given for a 40 billion shillings European Union Aqua culture Project.

More than 100 residents of Onekgwok and Teboke Villages in Tarogali parish in Ibuje Sub County in Apac are accusing the District leadership of swindling money meant for their compensation.


In 2018, residents surrendered measuring 556 acres of land to pave way for the implementation of the Shillings 40billion European Union Aqua Culture Project by the Ministry of Agriculture, Animal Industries and Fisheries. Over 85% of the residents were compensated Shillings 4 billion.


However, some of the residents didn't receive compensation to vacate the land for the implementation of the project, which will comprise a fish feeds and processing factory is expected to create more than 500 jobs for youths in the area.

The affected residents are demanding compensation worth Shillings 100.4M. They have threatened to march to the president's office seeking his intervention and also block the project until they are compensated. Peter James Ocen, the Chairperson of the Project Affected Persons alleges that the signatories to the bank appointed by the Resident Commissioner's Office withdrew their compensation money and shared it with some district officials.

He says their pleas to the local authorities to ensure they are compensated have fallen on deaf ears. Judith Okello, 38, a widow says her land was valued at Shillings 28M but she was only paid Shillings 10M. "I have orphans am taking care of. If am not paid fully am not going to accept that money and will continue cultivating my land," she said.


Jacob Odur, a 23-year-old orphan and resident of Teboke village, says he was born on the land in question, saying that he has nowhere to go unless he is compensated. The Apac District Speaker, Peter Obong Acuda, says the matter is under investigations, saying the district council will take appropriate once the investigations are complete.

He however, doubts if the committee will do its work and deliver on time considering the time frame. Wilfred Mega, the Apac District Fisheries Officer describes the project as a great opportunity that will improve the household incomes of residents, saying the concerns of the project affected persons will be resolved expeditiously.
Tagged with: A 40 billion shillings European Union Aqua culture Project. Apac Residents Demand Compensation for Land.
Mentioned: European Union European Union Aqua Culture Project Ministry of Agriculture Tarogali Parish 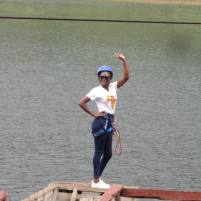