In short
ICC Senior Trial Lawyer Benjamin Gumpert told the Judges that seven of the victims who will testify in the Court as witnesses are women raped by Ongwen. The lawyer says Ongwen forced them to be his wives and produced children with them against their will.

Prosecutors at the International Criminal Court (ICC) have concluded their two-day presentation of the 70 counts of war crimes and crimes against humanity brought against former rebel commander Dominic Ongwen.

Ongwen allegedly committed the crimes in northern Uganda while still a top commander of the Lord's Resistance Army (LRA) rebels.

The prosecution presented to the Judges evidence gathered from both witnesses and victims who suffered the brutality under the direct command of Ogwen who is being tried on dual status as an LRA victim and a perpetrator.

Through their legal representatives, the 4,109 victims who were granted status by the court to participate in the trial asked the Judge for an expeditious and credible judicial process that will ensure justice for the war crimes committed against them.

At the opening of the trial on Tuesday, Ongwen pleaded not guilty to the charges of organising massacres, rape and kidnapping thousands of children.

The trial comes 11 years after international arrest warrants were issued against him and four other commanders including his boss, Joseph Kony. But his warrant still stands as ICC says they have no proof that he is indeed dead. The others are LRA's number two, Vincent Otti, who is believed to have been killed on Kony's orders in October 2007. Also on the list were Raska Lukwiya and Okot Odhiambo, who have both since been confirmed dead.

Further charges against Ongwen include sexual and gender-based crimes directly and indirectly committed and crimes of conscription and use in hostilities of children under the age of 15 allegedly committed in northern Uganda between 1 July 2002 and 31 December 2005.

ICC Senior Trial Lawyer Benjamin Gumpert argued that though forced marriage and pregnancy were not enlisted as war crimes under the Rome Statute, prosecution has brought it against Ongwen under cruel inhumane acts which are crimes against a person's dignity.

Gumpert further told the Judges that seven of the victims who will testify in the Court as witnesses are women raped by Ongwen. The lawyer says Ongwen forced them to be his wives and produced children with them against their will.

An expert in genetic kinship investigation and DNA tracing, according to Gumpert, will also explain his findings likely to be 100% correct that Ongwen fathered unspecified number of children with his captive wives.

Chief Prosecutor Fatou Bensouda earlier said that Ongwen had many forced wives among whom seven had already provided evidence against him.

Paolina Massidda, the victims' legal representative in her opening statements said all victims recall their experiences as 'wives' as distinct from the ones suffered as a result of other gender-based crimes.

She said the LRA's method of warfare has had a profound psychological impact on the local population. LRA rebels used extreme violence to instill fear and maintain control.

A total of 2,063 victims in the case areas led by two lawyers, Joseph Akwenyu Manoba and Francisco Cox, were the first to apply to ICC between June and October, 2015 and were granted victims' status to participate at Ongwen's Pre-Trial.

Between July and September 2016, a second group of 2,046 applicants through the same process, applied through their Counsel Paolina Massida from the Office for Public Counsel as Common Legal Representatives of the victims. This brings the number of people granted victims' status to 4,109.

Through their legal representatives, the victims are accorded participation right to consult the record of the files, right to be notified of documents filed, general right to attend and participate in case hearings, make written submissions or observations and question witnesses.

The Program Manager of Uganda Human Rights Network, Stephen Odong says that despite ICC bearing the burden of proof, it will be the defence team to otherwise counter the opening statement to prove Ongwen's innocence.

Odong anticipated that Ongwen's pleading not guilty is a judicial technical practice by lawyers to delay court proceedings to their benefit.

Sarah Kasande Kihika of the International Centre for Transitional Justice (ICTJ) told URN at the end of the live-streaming of Ongwen's trial at Hotel Africana that through the trial, Ongwen's defence team appeared not ready. 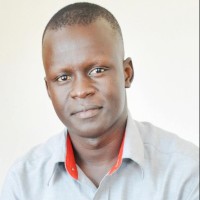 Dominic Ochola has been a journalist since 2009. He was worked for King 90.2 FM in 2007 a reporter the later joined Radio Rupiny 95.7 FM as a presenter and Traffic Controller. Under Vision Group, he was redeployed to Lira in 2012 as Sub Editor for Rupiny Newspaper until 2014.

He also had one year spell as reporter at the Irene Gleeson Foundation faith based Mighty Fire 91.5 FM in 2015 before joining Uganda Radio Network (URN) 2016 as Special Projects Correspondent covering Education.