Joe Wacha
A journalist of the Daily Monitor newspaper has been arrested for allegedly writing an article that defamed the Deputy Resident District Commissioner of Gulu, Milton Odongo. In the article published on July 8th, the journalist Moses Akena quoted the Deputy Speaker of Gulu District Council Patrick Oola, who accused Milton Odongo of mismanaging the distribution of iron sheets meant for former internally displaced people. After the article was published, the Deputy Speaker was arrested and charged with defamation at the Gulu Grade II Magistrate's Court. He was granted bail and released after one night. Yesterday the police summoned Moses Akena to Gulu Central Police Station to answer to his role in the alleged offence. The northern Uganda police spokesperson Johnson Kilama says Akena refused to answer to the summons and so he was arrested near the Gulu Monitor bureau offices at about 6 p.m. He was released later last night on police bond and ordered to report to the station today for questioning. The Gulu Deputy RDC, Milton Odongo, claims that his reputation was greatly damaged by the news article. He wants the Deputy Speaker to recant his statement, to apologize and to pay general damages amounting to more than 50 million shillings. It is not clear what the Monitor journalist is being accused of, but it is expected that he will be charged in court today.
Tagged with: press freedom media 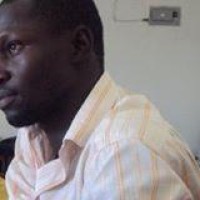